The demo shows how to start the transfer manually, however a Trigger can be added to the Task to start it fully automatically. Automation Workshop supports a WebDAV Watcher to monitor a folder on OneDrive, and transfer files as soon as a new file appears. It also supports the built-in Task Scheduler to transfer OneDrive files regularly (hourly, daily, weekly, and so on).

Microsoft OneDrive is using WebDAV under the hood. Automation Workshop is designed to upload, download, sync, and manage files using the WebDAV protocol. It is compatible with all Microsoft Cloud Storage plans, including OneDrive Basic, Standalone, as well as all Microsoft 365 plans (Microsoft 365 Family and Microsoft 365 Business).

Using the built-in WebDAV Watcher it is possible to monitor a folder on Office 365 OneDrive, and launch a workflow when a new file is saved from the Office app (Word, Excel, PowerPoint, and others). The workflow can be tuned to move the file, to download it to a local disk, to send it as an email attachment, and so on. 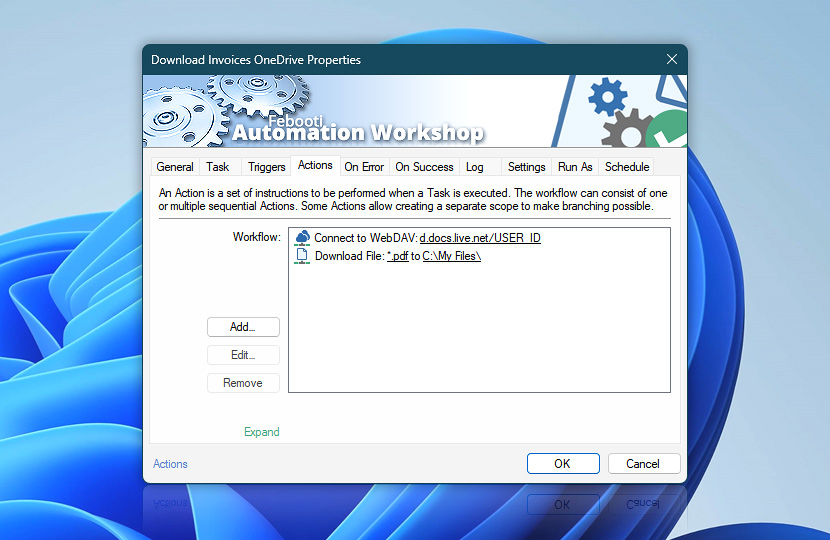 You no longer need to write scripts and access the command line utilities on UNC paths using PowerShell, rsync, autosync, or robocopy to access OneDrive. Automation Workshop offers more than 100+ Actions that can be configured using graphical user interface. It is a no-code solution to automate file synchronizations easily.

Is it possible to access multiple "one drives" on one computer? You can create multiple OneDrive connections using the Connect to WebDAV Action. There are no limits. Our internal tests show that we can easily synchronize more than 100 OneDrives (OneDrive accounts) on a single server.

You can create multiple folders (let's say, 10) on a local disk and then make a workflow:

Before backing up to OneDrive, it is possible to archive files with a built-in Zip Files Action, optionally encrypting them using AES-256 encryption. It is possible to create an additional workflow that allows accessing OneDrive backups on your local servers.

To authenticate with Microsoft OneDrive via WebDAV, you must use your email address as a username, and your regular OneDrive password. However, if you have enabled the OneDrive two-step verification (in the Security settings), you may need to use the App Passwords. Just head to the Security Basics page under your account. 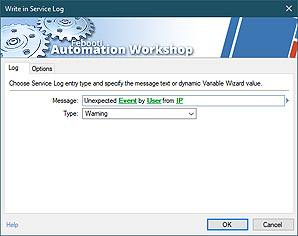