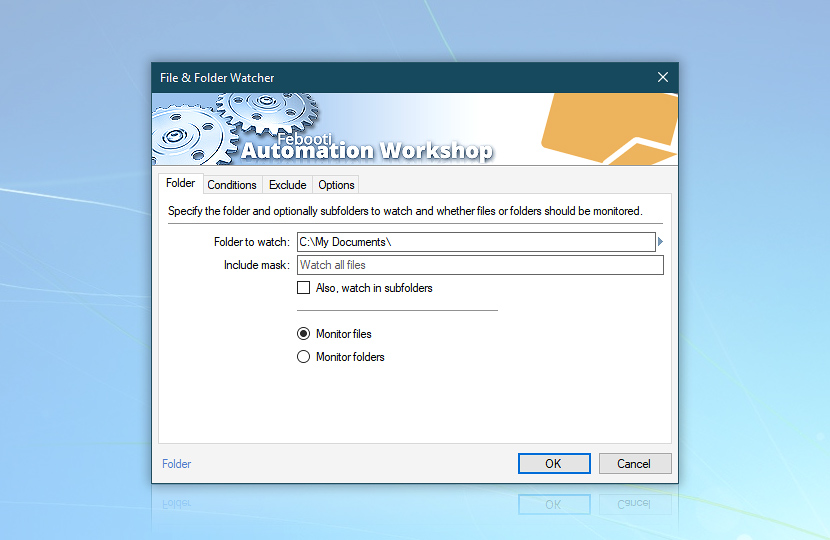 Monitor files · Automation Workshop includes File & Folder Watcher that can monitor files for changes and start Task which, in turn, responds to these changes by performing one or multiple user-specified Actions. 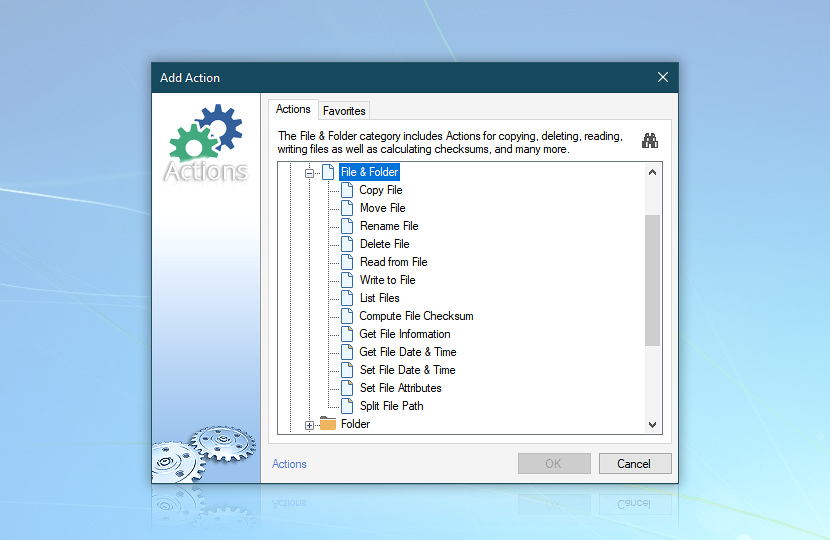 In the context of Task automation it is only the first step to set up file monitoring. When the changes are detected, the Task reacts to them by performing user selected Actions, such as copy, delete and rename file, as well as compress files and more…

Automation Workshop is ease to use, and the power under the hood is brilliant!—Barbara G.
Add your quote…