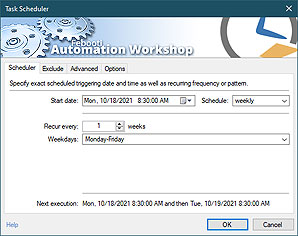 Automation Workshop is performing brilliantly. After a while you just forget it's there.—Anthony G.
Add your own quote…