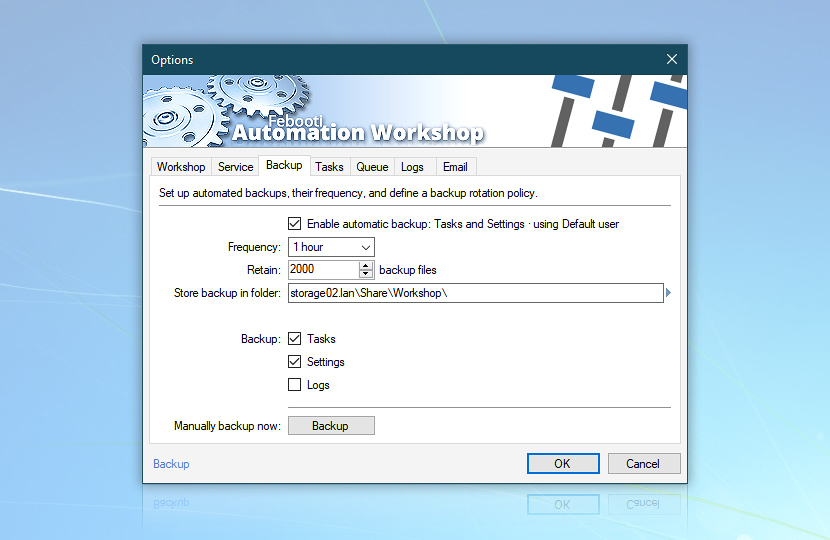 As an enterprise-class Windows automation software, Automation Workshop features a built-in Backup and Restore functionality designed to help avoiding any data loss. In the case of unintended system failure, a part or the whole of Automation Workshop may become dysfunctional, if some of its files are corrupted.

However, with automatic backups there is no need to worry. Even complex configurations can be restored in a matter of minutes.

Restoring Automation Workshop in case of system failure is quite easy. Just stop the application (re-install if necessary), copy Task files, import .reg files into Windows registry and start the application again. Attention should be paid, however, to the following issues: 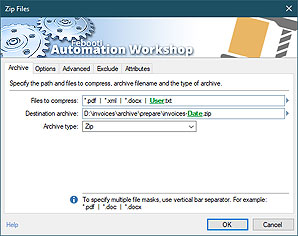