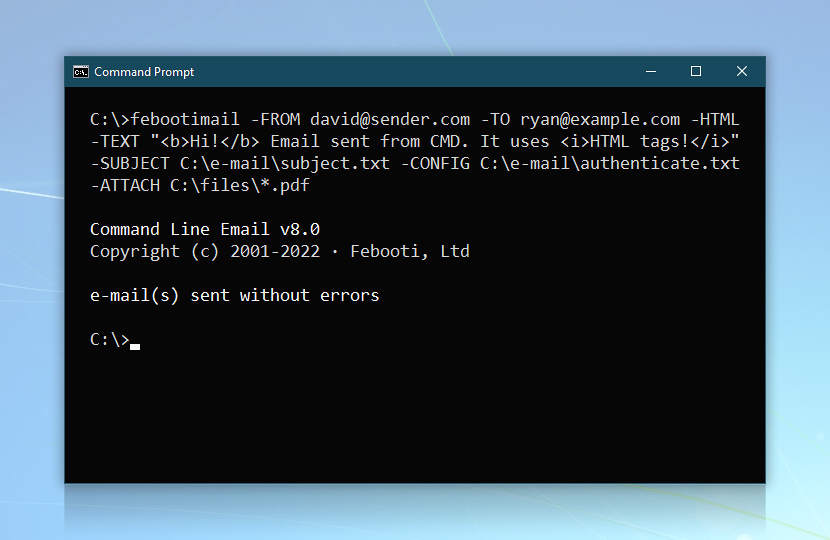 HTML email via CMD · The Command Line Email app works well with HTML emails that contain rich formatted text, or images and other HTML tags. Just create the HTML email design in your favorite application and then use the generated code with Command Line Email while specifying the HTML command to indicate that the email contains hypertext. Or simply use the HTMLFILE commands.

Command Line Email works perfectly on all modern 32-bit and 64-bit Microsoft Windows versions: Windows 10 · Windows 11 · Server 2012 & 2012 R2 · Server 2016 · Server 2019 · Server 2022. Older Windows versions (such as Windows 8 and Server 2008) are not "officially" supported but should still work remarkably well. The underlying architecture of Windows is evolving and our apps are crafted to be backward and forward compatible.

I'd like to say how important Automation Workshop has become to my business! I'm proud to be your customer.—Richard M.
Add your quote…